Every infamous duet has a good guy and a bad guy. In the case of marijuana, THC is the bad guy (or should we call it the “fun guy”?) that caused cannabis to be prohibited for so many years. However, the good guy is now claiming back the spotlight as humankind starts to rediscover and look into the science of CBD.

History records indicate that cannabis has been used medically and industrially since 2900 BC. Persian, Indian, and Chinese civilizations left in writing the many industrial uses of hemp and the benefits of cannabis for treating various ailments, from gout to rheumatism and chronic pain.

It sounds like we were missing a lot of benefits there. So, read on if you want to know what CBD is and how it is changing the medical treatment scenario.

The Science of CBD: What is Cannabidiol? 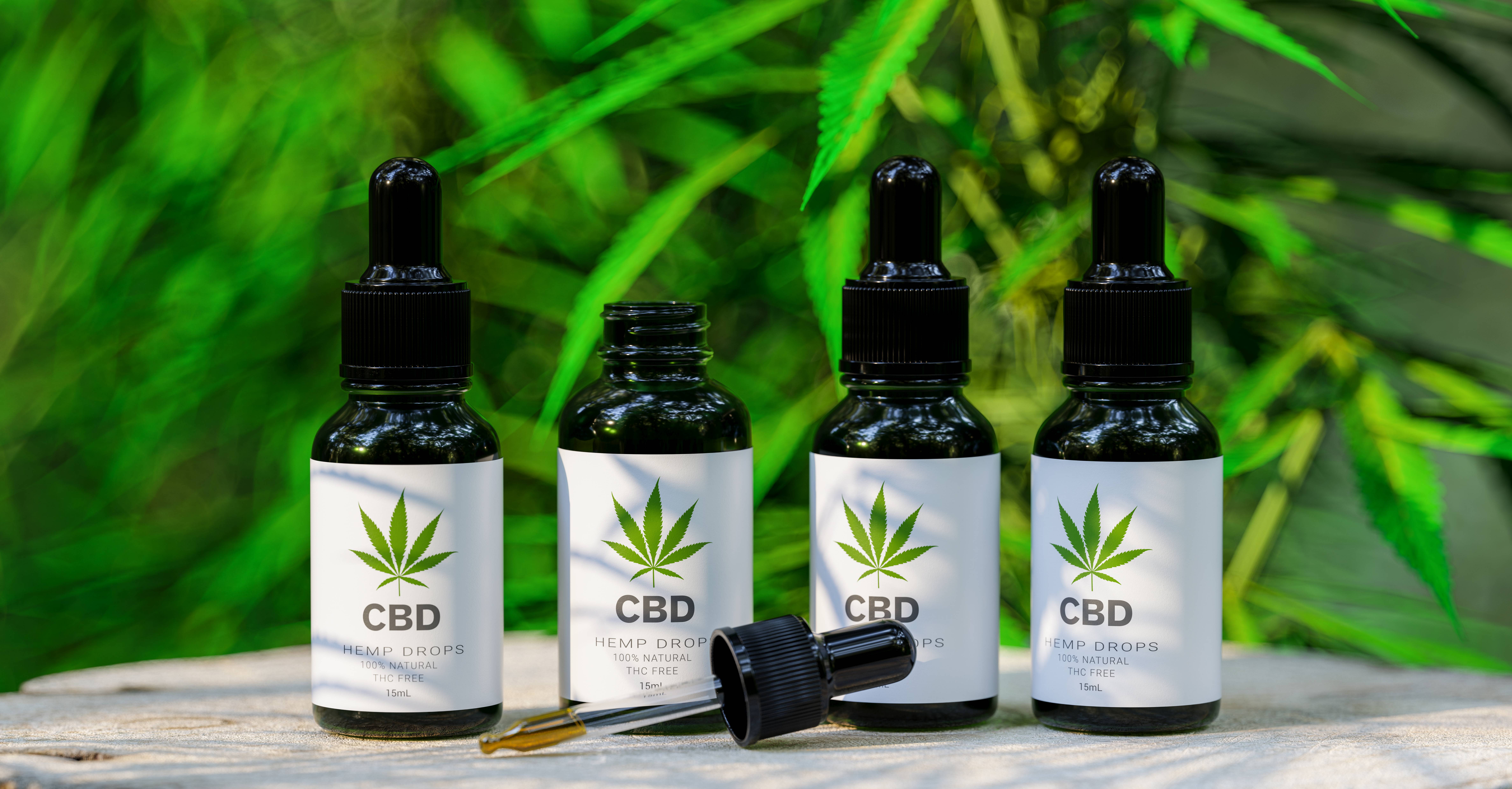 Cannabidiol is one of the chemical compounds found in cannabis plants. Unlike the “fun” brother, THC, cannabidiol is not psychoactive and doesn’t produce the “highs” marijuana smokers look for in a quality plant.

Cannabis is a complex plant that contains well over 400 compounds. Among these, scientists have identified at least 85 compounds that are unique to the cannabis species, thus called cannabinoids.

For those that share a passion for chemistry, here is a list of the main cannabinoids and other compounds found in marijuana. 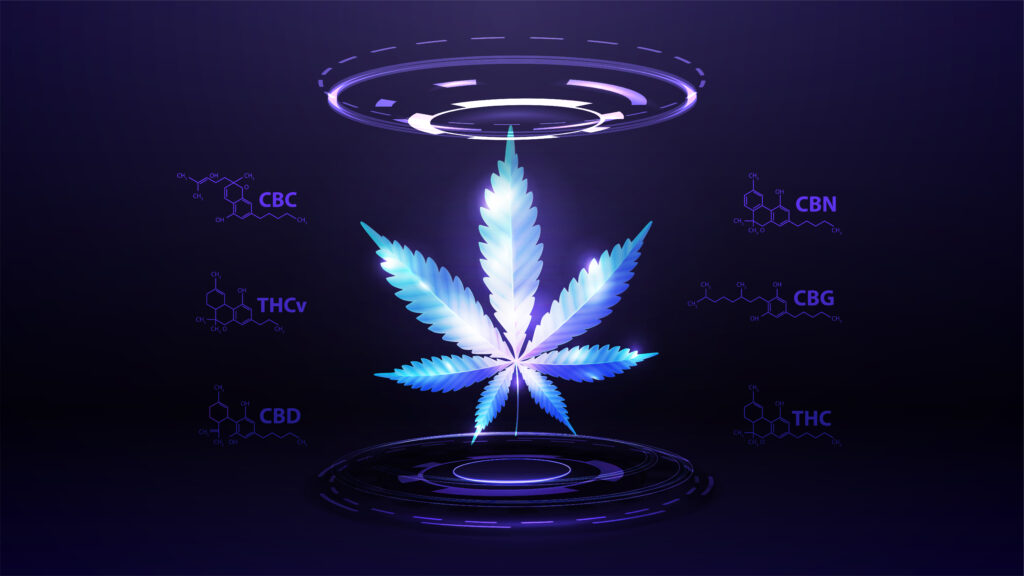 As you can see, marijuana is a very complex plant, and science is barely starting to tap into the intricacies of so many compounds.

Marijuana seed breeders have spent the past 30 years isolating and developing strains with higher amounts of THC in the quest for the trippiest, the most couchlock, the highest “highs” possible for an increasingly demanding recreational user. The average % of THC available in most modern strains now stands at between 12-24%.

Seed breeders have probably put their best efforts to outbreed CBD because it has a mitigating effect against THC. For recreational users, this is surely a good thing. However, once we step into the medical marijuana territory, we must acknowledge the need to enhance CBD concentrations.

CBD and the Endocannabinoid System: A Gift from Nature?

Along with studies on cannabis’s effects on the human body and mind, scientists came across a significant finding.

Our body has multiple receptors that perfectly match marijuana’s cannabinoids. For a better reference, picture this. Humans have many locks intertwined across our bodies. Cannabinoids (like CBD and THC) are keys that fit into these locks and trigger diverse effects (relaxation, “highs,” pain relief, etc.)

Regular marijuana smokers were in heaven in the face of this discovery. For them, it was crystal clear humans were meant to smoke marijuana; that God, Mother Nature, or any other higher power had designed our bodies to consume cannabis.

However, from the scientific perspective, it seemed highly unlikely the human body had a built-in system with the sole purpose of getting high and feeling happy.

So, later on, scientists discovered something even more mind-blowing, if possible. Not only do we have cannabinoid receptors, but we also have our own cannabinoids, naturally produced within our bodies. These were called endocannabinoids, which means cannabinoids produced internally rather than introduced to the body.

Where are Cannabinoid Receptors Located?

The CB1 receptors are mainly located on the brain cells and the spinal cord. However, they’re also found in some peripheral organs and tissues such as the spleen, white blood cells, endocrine glands, and parts of the reproductive and urinary tracts.

On the other hand, the CB2 receptors are mainly located on white blood cells, the tonsils, and the spleen. Even if the CB1 receptors are also present in the immune cells, the CB2 type certainly outnumbers them.

Although research on the ECS (endocannabinoid system) has a long way to go, it’s already presented as the main homeostatic system in the human body.

According to recent research, the ECS regulates and controls critical bodily functions such as learning, emotional processing, sleep, pain control, inflammatory and immune responses, and appetite.

Homeostasis is defined as the set of self-regulatory process that take place within our body to achieve a balance among all the body systems needed for survival and correct functioning.

In a nutshell, we could conclude that CBD, THC, and other cannabinoids are basically spare “key” copies of our own endocannabinoids. The act of using external cannabinoids equals the act of regulating our own homeostatic endocannabinoid system to fight illness, stimulate appetite, boost memory, induce sleep, and put a stop to anxiety and depression.

The Science of CBD within the Endocannabinoid System

Given all the facts above, we can agree the discovery of endocannabinoids and the ECS has played a key role in explaining the huge potential of cannabis as a natural means of enabling self-healing processes in our bodies and minds.

That said, let’s see how CBD operates within the ECS. 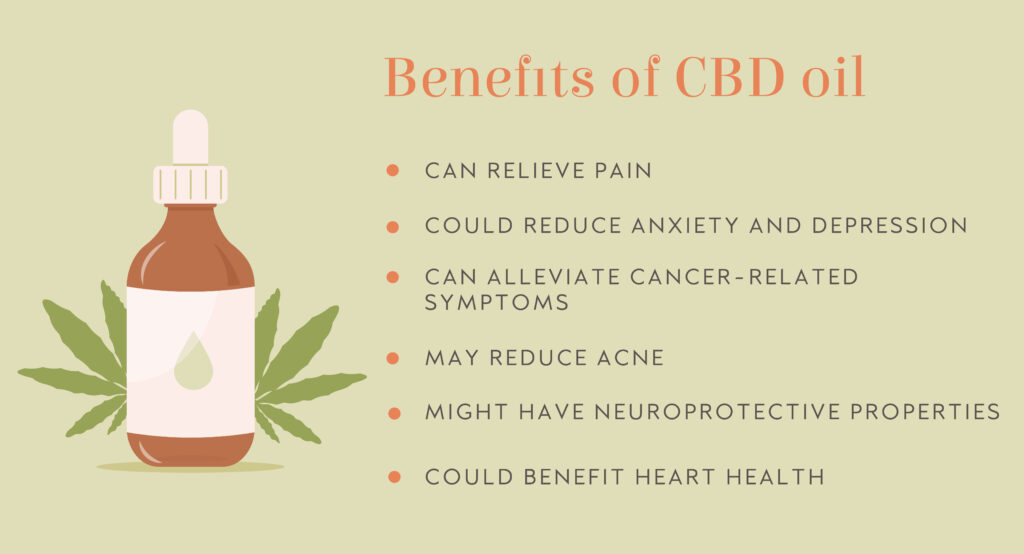 Functions of CBD within the Endocannabinoid System

The use of cannabis for medical purposes used to be fairly common: go back to the late nineteenth century, and many doctors used tinctures of marijuana to treat various illnesses quite successfully. The new understanding of the endocannabinoid system enables researchers to match the historical records with the science, thereby showing why what may have been viewed as quack cures or hippy holistic nonsense has a solid foundation in medical reality.

What Illness Can Be Treated with CBD?

As we have mentioned, these researches and clinical trials are still in a very early stage. However, you could easily Google any disease along with CBD and check whether academic studies are going on in that area.

Here are some illnesses that can be treated using CBD:

The Science of CBD and Cancer Treatments

According to a paper published by the Department of Biomedical Science of the New York Institute of Technology, cannabidiol (CBD) is being researched as a promising anticancer drug.

“As evidenced by the large volume of literature reviewed above, CBD has demonstrated robust anti-proliferative and pro-apoptotic effects on a wide variety of cancer types both in cultured cancer cell lines and in mouse tumor models. (…) The anti-tumor mechanisms vary based on tumor types, ranging from cell cycle arrest to autophagy, to cell death, or in combination. In addition, CBD can also inhibit tumor migration, invasion, and neo-vascularization, suggesting that CBD not only acts on tumor cells but can also affect the tumor microenvironment, for example, by modulating infiltrating mesenchymal cells and immune cells.”

One of the CBD treatments that compiles more anecdotal and scientific evidence is probably the CBD oil used for seizures and epilepsy. Countless patients can attest their seizures have been reduced and mitigated by using CBD oil on a daily basis or just smoking marijuana.

This statement also has the endorsement of GW Research scientists Royston A. Gray and Benjamin J. Whalley in their paper “The proposed mechanism of action of CBD in epilepsy.”

The Slow Progress of the Science of CBD as a Treatment

Unfortunately, the medical research on marijuana is hampered by cannabis’s status as an illegal drug across many countries.

Anecdotal and first-hand experiences of success abound, but until there is widespread acceptance of the potential of medical marijuana and more established clinical trials, many will suffer and even die, unable to put their trust in such a “quack” cure.

Had a pharmaceutical company invented a chemical compound capable of curing this many (or even just a few) of these major illnesses and it would have been worldwide national news. So how come the knowledge is, for the most part, unfunded, unpromoted, and available only on the internet?

Being conservative, I would say this obeys two main reasons.

The first one would be arrogance. The upper echelons are always reluctant to backpedal and give in. Having spent millions condemning and defiling cannabis users, it is not easy for them to admit they may have been wrong. Even today, we still find reactionary newspapers such as the UK’s Daily Mail demonizing marijuana as the gateway drug to a life of crime, addiction, and mental illness.

The second reason, on a more cynical edge, could be that cannabis, as a plant, cannot be patented or monopolized. Therefore, profit margins for the pharmaceutical industries would be limited, as the patients could grow, harvest, and produce their treatments themselves.

As a last point, we must say these keys were nearly lost to science. CBD and the other cannabinoids were on the verge of being outbred from cannabis. We could almost say scientists set out on a blindfolded journey, practically bare-handed and with not much to work.

Luckily there are still strains available that contain high percentages of CBD in their ratios, and it is to seed breeders like the CBD crew that we have to look for their vision in developing and stabilizing CBD-rich strains.

Beware seed breeders jumping on the bandwagon of medical marijuana and releasing “medicinal strains” under a snappy strain name. While there may be variance within an individual strain as different genotypes throw out different CBD: THC ratios, good medicinal strains will publish evidence of CBD testing as a guideline for those needing to grow their own medicine.

Here are some examples of strains containing high CBD concentrations:

No comments to show.